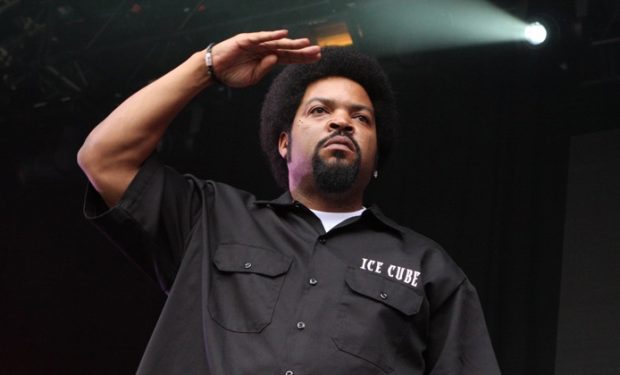 Ice Cube is dripping charm all throughout this interview with Desus & Mero, letting the world know he’s always been funny and that his sometimes goofy Hollywood comedy act doesn’t contradict his Original Gangsta persona — he has just always been himself. And things have worked out, you know, pretty well.

But it’s when Ice Cube gets talking about his son that the man seems most impressed — and he lays on the praise heavy. At about the 6:45 mark in the video above, Ice Cube says of his eldest son, “I used to take him on tour with me. And I would let him on the mic and perform. And I’m like ‘he stepping in front of me rocking and I was like oh damn he got the swag’.”

Ice Cube is talking about O’Shea Jackson Jr. the 28-year-old USC graduate who was apparently a natural on stage from the get-go. Junior portrayed his pops in the 2015 film Straight Outta Compton.