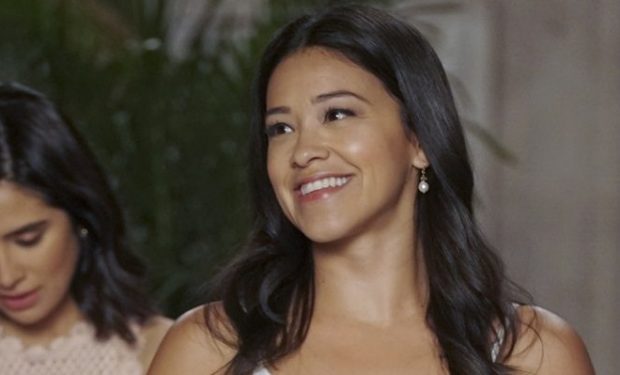 In the series finale of Jane the Virgin, “Chapter One Hundred,” Jane (Gina Rodriguez) and Rafael (Justin Baldoni) finally get ready for their big day, but Rafael’s desire to help Jane’s writing dream lands him in trouble. Meanwhile, Xo (Andrea Navedo) and Rogelio (Jaime Camil) must tell the family about their decision — and not everyone takes it well.

After filming the series finale, Rodriguez spent some time at the Four Seasons in Maui, Hawaii. The 34-year-old newlywed pleased her fans when she posted a red hot strapless bikini photo. (In May 2019 she married MMA fighter Joe LoCicero.)

The caption: “Walking into director prep like…#DiaryOfAFemalePresident” refers to her new gig as executive producer and director of the premiere of the new Disney+ series Diary of a Female President. (Disney+ is Disney’s new streaming service.) The protagonist of Diary is Elena (Tess Romero), a young Cuban-American girl who later becomes the president of the United States. Rodriguez plays adult POTUS Elena.

The series finale of Jane the Virgin airs Wednesday, July 31 at 9 pm on CW.