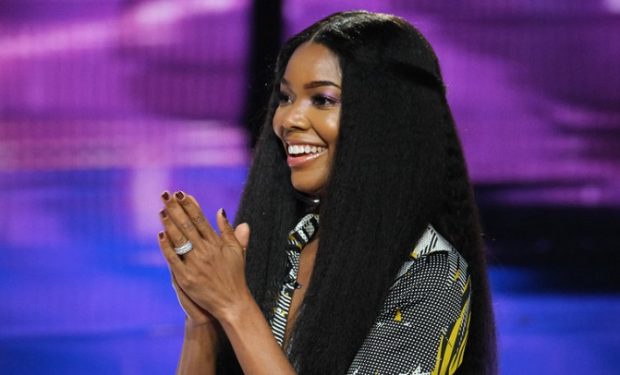 One day before America’s Got Talent airs its first round of Judge Cuts, judge Gabrielle Union continues to smile for the camera with her bare-chested husband, recently retired NBA basketball player Dwyane Wade.

While sailing near Ponzi, Italy, Union wore an African-inspired string bikini designed by Ashanti Swimwear. According to the company, the bikini Union is wearing in the photo, the AMA, uses a kente pattern called Apremo-Canon, “which is associated with resistance against foreign domination as Ghanaians had to fight for their freedom.” Wade wears a gold heart necklace choker.

According to Ashanti, every bathing suit pattern and color represents a unique meaning, e.g. gold represents wealth and royalty, red has a political and spiritual association to sacrifice.

Amirah Dyme aka Cake Queen has modeled the Ama suit, too (see below).