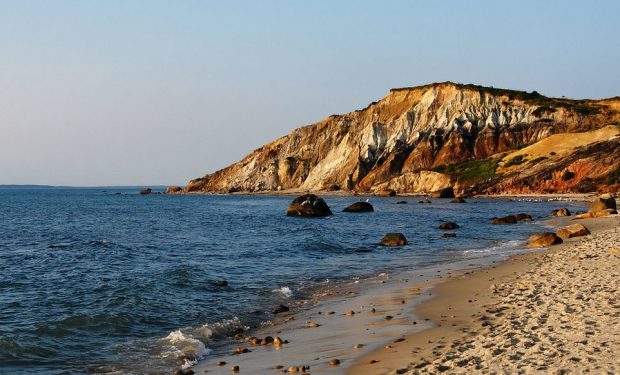 The late Jackie Onassis was once, of course, Jackie Kennedy, the most famous First Lady of them all. The Kennedy clan vacationed — rich people say “summered” — on the Massachusetts island called Martha’s Vineyard. It was there at their Hyannis Port compound where the handsome shirtless JFK Jr. was often photographed throwing footballs to his cousins and where generations of Kennedys sailed and strived and became part of American history.

Jackie Kennedy was part of all that. She remained part of the Kennedy clan after the tragic assassination of her husband too, yet she was also a world apart.

That separate Jackie O universe was embodied by her purchase, in 1979, of her own Martha’s Vineyard estate — a 240-acre property called Red Gate Farm, on which she built a distinctive house and a two-story guest house. The property has more than a mile of coastline on the island. If that’s appealing to you — and if you have an extra $65 million — give Christie’s a call. You’ll be buying some lovely breezes and a piece of American history.