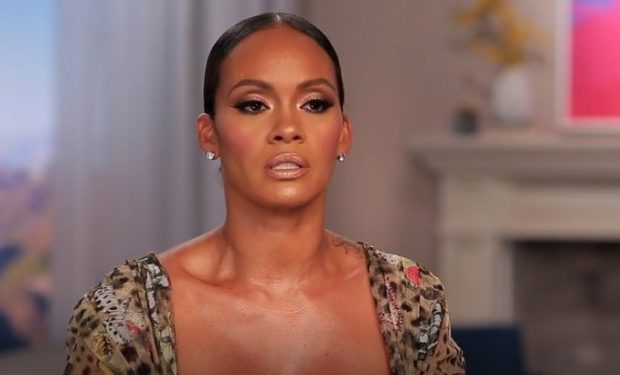 When not filming Basketball Wives with executive producer Shaunie O’Neal and her nemesis Jennifer Williams, Evelyn Lozada is spending time in Puerto Rico.

Lozada is sharing photos of her posing seductively in bikinis — including the Puerto Rican flag bikini above! — at Dorado Beach, a Ritz-Carlton Reserve in PR, where room rates are $800 a night.

In between her bikini pics, Lozada posted the photo below and wrote: “This is what’s been happening right now in Puerto Rico! The people are demanding the immediate resignation of their corrupt, sexist & homophobic governor!”

Note: On Wednesday, July 24, CNN reports that Puerto Rico Gov. Ricardo Rosselló is expected to resign after more than a week of protests.