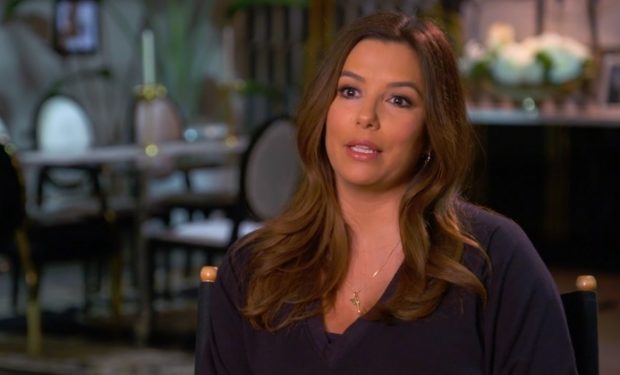 When not on the set of Grand Hotel, Longoria spends time with her family including one-year-old song Santiago Baston. She must also find time to workout in the gym because she’s incredibly fit!

Supermodel and former Sports Illustrated swimsuit model Elle MacPherson is a fan of the Fiji blue bikini by designer Melissa Obadash, too! Obadash concurs that Longoria is a “total babe” and looks “incredible fit” in the suit.