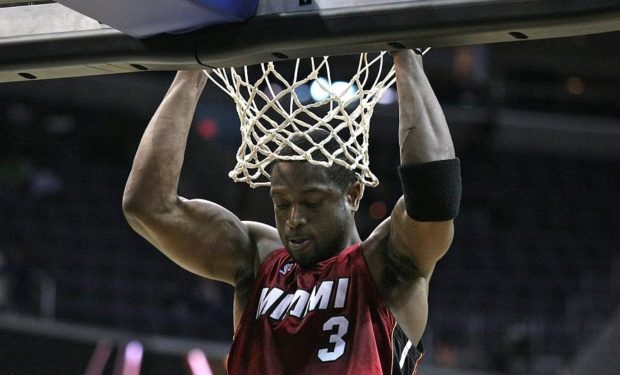 Dwyane Wade is doing that thing everybody wants — living his best life. The retired NBA superstar and certain Hall of Fame inductee is the father of a beautiful baby girl, and another daughter on her way to college!

Meanwhile, the busy dad is also a busy husband to entertainment juggernaut Gabrielle Union, the actress, producer and America’s Got Talent judge. Wade is also busy turning his passions into business. See him stomping on some grapes below.

The mashed grapes made by DWade’s famous feet — his teammate Shaquille O’Neal nicknamed Wade “Flash” for his lightning quick feet — are destined for DWade Cellars, his eponymous wine brand.

Wade, like his pal LeBron James and many NBA stars, has been a fan of wine for a while now. This new batch is called Three By Wade Rosé. Wade, of course, wore jersey #3 to win three NBA titles.

America’s Got Talent airs Tuesdays at 8 pm on NBC, right before Bring the Funny with judges Jeff Foxworthy, Kenan Thompson and Chrissy Teigen.