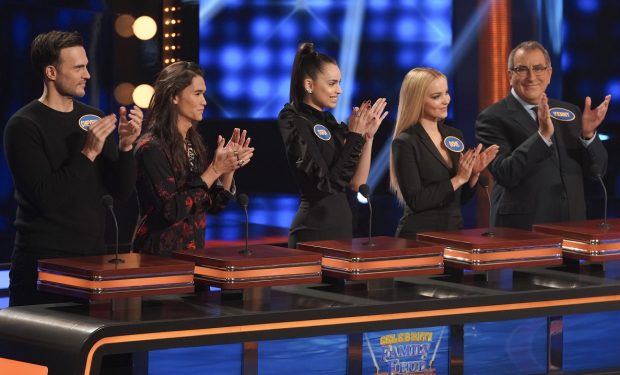 On Season 5 of Celebrity Family Feud, host Steve Harvey welcomes two teams of talented actors. Katy Dixon leads Team American Housewife against the cast of Disney’s new TV musical film Descendants 3, which will air Friday, August 2 on ABC. The young stars of Descendants 3 including Dove Cameron and Sofia Carson are missing their co-star Cameron Boyce, who died tragically in his sleep on July 3, 2019, due to an epileptic seizure. He was 20.

Team Descendants 3 is playing for the charity Make-a-Wish for which Boyce was an active spokesperson. In his final interview before his death, Boyce spoke about his fame and how it inspired him to “do good in the world.”

Boyce said: “When working with Make-A-Wish, I’ll spend the day with a nine-year-old girl who’s struggling with an auto-immune disease.” He added: “She’s so full of life, she’s super excited to see me and wants to talk about the roles I’ve played on the Disney Channel. Those kids definitely change your view of how important it is to be someone who says the right things and has that passion for making the world a little bit better.”