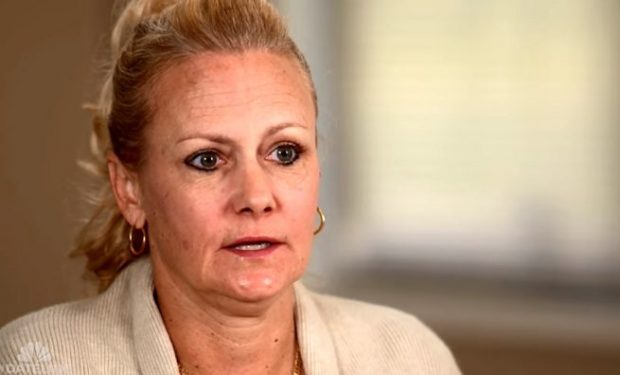 The Dateline episode “Deadly Secret” investigates the 1990 murder of Gregg Smart. The 24-year-old insurance salesman was found shot dead in his Derry, New Hampshire home, which he shared with his wife of almost one year, Pamela Smart.

In 1991, at the age of 23, she was convicted of conspiring with her 15-year-old lover, William “Billy” Flynn, and three of his friends to kill her husband. Joyce Maynard’s 1992 novel “To Die For” which was turned into the 1995 movie of the same title starring Nicole Kidman was inspired by the Smart case. Matt Dillon plays the husband, Joaquin Phoenix plays the teen lover.

Pamela Smart, now 51, is serving a life sentence without the possibility of parole at the maximum-security prison Bedford Hills Correctional Facility for Women in Westchester, New York.

Another notable inmate at Bedford Hills was Amy Fisher aka The Long Island Lolita, who spent seven years in prison after shooting Mary Jo Buttafuoco, the wife of her illicit lover Joey Buttafuoco, in 1992. (Fisher was 17 at the time.) Fisher was granted parole in May 1999.

In a recent interview with The Washington Post, Smart revealed that while incarcerated at Bedford Hills she has been attacked by two inmates, had her eye socket fractured and had to have a plastic plate surgically implanted. She also says when she was transferred from a New Hampshire prison to the max security Bedford Hills in 1993, she was forced to give up wearing her wedding ring. She said: “I mean, I’m still married.”

Smart continues to maintain her innocence, as documented in her interview with Dateline, which airs Mondays at 10 pm on NBC. [BONUS: Stream Dateline and NBC show watch LIVE on any device with NBC UNIVERSAL app available here. Download is FREE.]