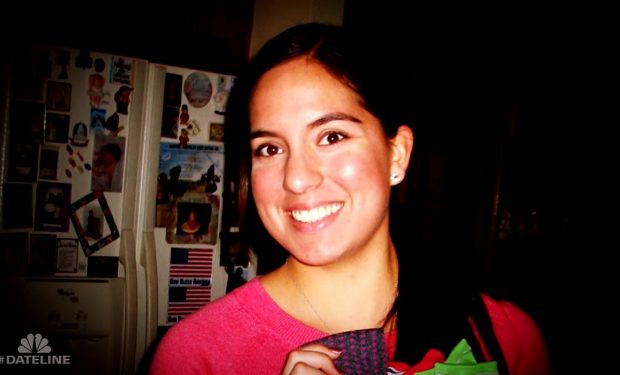 On the Dateline episode “The Prussian Blue Mystery,” reporter Natalie Morales travels to San Diego, California, to investigate the attempted murder of 28-year-old Brigida Uto, who now goes by her maiden name McInvale.

On March 6, 2018, Uto was taken to a hospital emergency room. She was losing her vision; she couldn’t feel her hands or feet; and her vital signs were fading. She was in seriously critical condition, described as “near death,” but there were no signs of an infection or injury (bruises or wounds). She survived but physicians say it might take several months to a few years for her to fully regain feeling and to walk again.

In December 2018, Uto’s husband, former Navy sailor Race Remington Uto, and father of their 3-year-old, pleaded guilty to trying to murder his wife by lacing her food and drink with rat poison over a period of seven months. Prosecutors say FBI investigators found a downloaded copy of “The Poisoner’s Handbook” on Race Uto’s phone.

In March 2019, he was sentenced to 21 years to life in prison. A friend of Brigida’s, Brittany Hutchison, has opened a medical GoFundMe campaign with the goal of raising $50,000. Dateline airs Mondays at 10 pm on NBC.