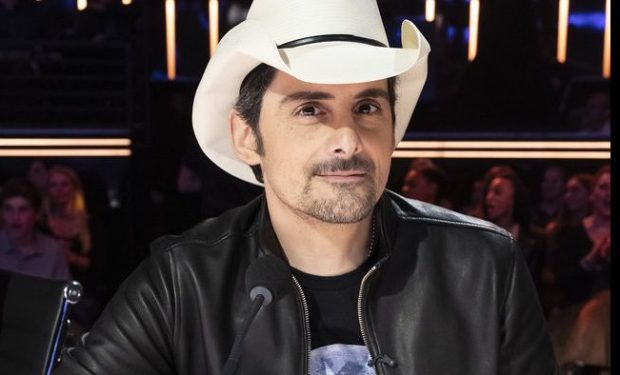 For the first round of Judge Cuts on Season 14 of America’s Got Talent, country music superstar Brad Paisley joins the panel as a guest judge. Paisley will have the opportunity to send one act straight to the live shows with his Golden Buzzer.

The clairvoyant act The Sentimentalists try their best to will Paisley to hit the buzzer after getting him to participate in their performance on stage. For his appearance on prime-time national TV, Paisley wears his signature white Stetson and a black Moonshine Spirit t-shirt.

Moonshine Spirit is a line of cowboy boots and Western clothing and accessories (jeans, hats, jewelry) which Paisley endorses — and which is available at Boot Barn.

He said of the clothing line: “Boot Barn and I have created what I think is an authentic and very wearable line of country clothing.” He adds, “It’s hip, modern, progressive, rugged and country — ready for the stage and ready to go out on the town.”