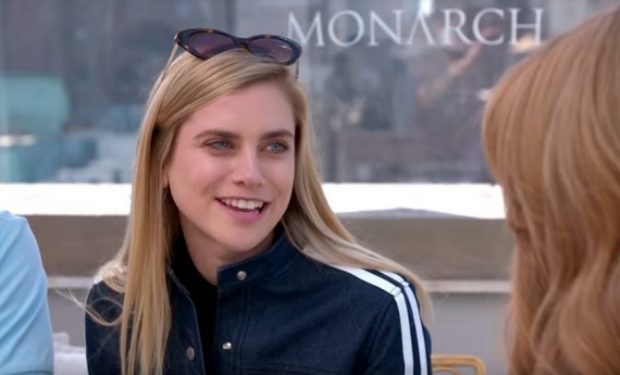 Megan on Marrying Millions on Lifetime

They meet with a wedding planning professional at Monarch, the company that planned the 2008 wedding of power couple Beyonce and Jay Z. Note: they invited 40 people to their wedding which was held at their Manhattan penthouse and, People reported, decorated with 70,000 Dendrobium orchids flown in from Thailand.

Megan tells the planner: “We hear you planned Beyonce and Jay Z’s wedding so we want it to be bigger.” Sean chimes in, “Everything I do in my life has to be big. Big or go home.” Sean says he wants their wedding to be “the most sensational wedding anyone has ever done.”

They tell the wedding planner they have an unlimited budget and throw in the idea of having baby tigers at the event.

On Marrying Millions, Megan keeps her eyes on the prize even though she admits that Sean’s father, Emilio Lourdes of the publishing house AUGE, is not so keen on the idea. When Sean tells Megan that he needs a signed pre-nup, Megan replies, “Marriage is not a business agreement.”