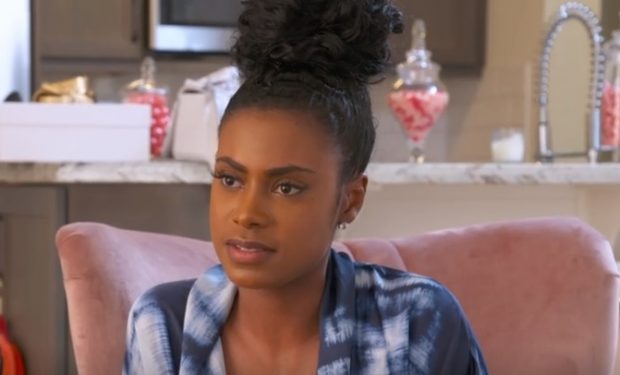 On Basketball Wives, Shaunie O’Neal invites all the ladies to a massive vacation house in San Diego. The tension is thick especially between Malaysia Pargo and OG. Malaysia thinks OG stepped over the line when OG announced to everyone that Kristen Scott’s husband Thomas Scott was adopted by Byron Scott, Malaysia’s cousin (Cece’s fiance).

Kristen isn’t a saint in all this family drama either. As she wrote with this incredibly sexy photo of her in a purple zebra-print long-sleeve bikini, “I’m not perfect but this bathing suit is.” It’s called “Call of the Wild” and it’s by Icon Swim.