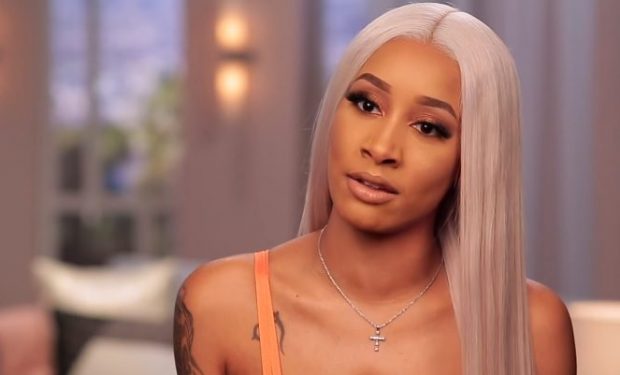 On Season 8 of Basketball Wives, while Ogom “OG” Chijindu continues to stir the pot between Cece Gutierrez and her future daughter-in-law Kristen Scott — and their husbands Byron Scott and Thomas Scott — she also makes time to target Feby Torres, ex of NBA player Lance Stephenson, during the girls trip in San Diego.

In the San Diego vacation house, OG tells Feby she’s heard that Feby is writing rap songs about her. When Feby denies it, OG says, “I could kill you with my bare hands, but I’m not gonna do that.” It’s an awkward moment.

OG’s threat hasn’t kept Feby down. Based on her Instagram account, Feby’s happy with who she is, especially when it involves a string bikini. Feby captioned the photo above: “Leveling up all summer good vibes only.” Basketball Wives airs Wednesdays at 8 pm on VH1. [Stream VH1 shows anytime — VH1 app is free]