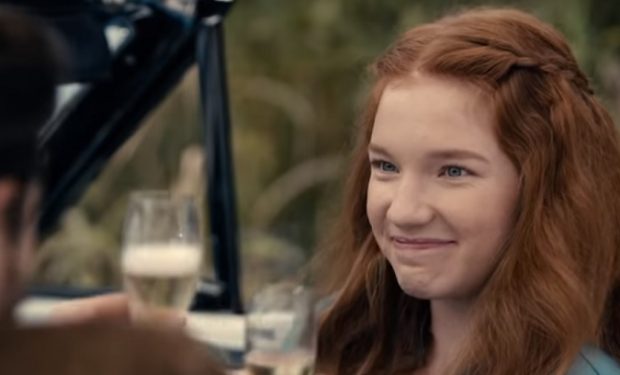 The protagonist of the Lifetime movie V.C. Andrews’ Heaven is Heaven Leigh Casteel. She is the eldest of five poor children living in a shack in the mountains. It’s a brutal life in which she endures neglect and abuse but the intelligent young woman finds a way to forge her own way in the cruel unknown world. Heaven is portrayed by 20-year-old Annalise Basso from St. Louis, Missouri.

Basso is also known for her roles in the films Slender Man (Katie), Ouija: Origin of Evil (Lina), Captain Fantastic (Vespyr), and on TV series including True Blood (Eden Hamby) and The Red Road with future Aquaman Jason Momoa, among others. Basso also stars in Mainland’s “Outcast” music video…