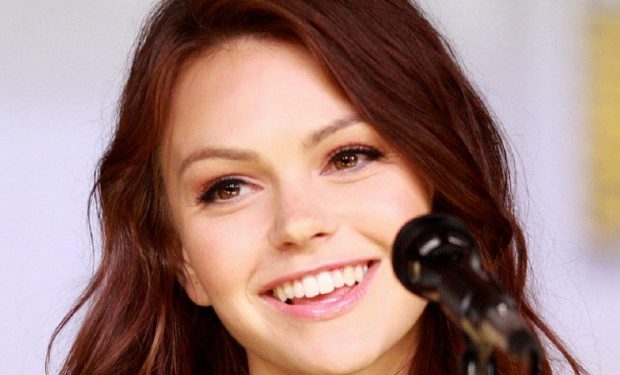 Aimee Teegarden, the 29-year-old model-turned-actress is best known for her roles as Julie Taylor in the TV series Friday Night Lights, Jenny in the 2011 film Scream 4, and as “The Girl” in the 2013 Demi Lovato “Made in the USA” music video, see below.

Aimee recently shared a photo of her at Santa Paula Canyon Falls aka the Punchbowls, wearing a crop top which reveals her incredibly skinny waist and equally impressive flat abs.

Teegarden is currently filming the comedic film Guest House with Billy Zane (Titanic), comedians Pauly Shore and Chris Kattan, and Lou Ferrigno (The Hulk), among others.