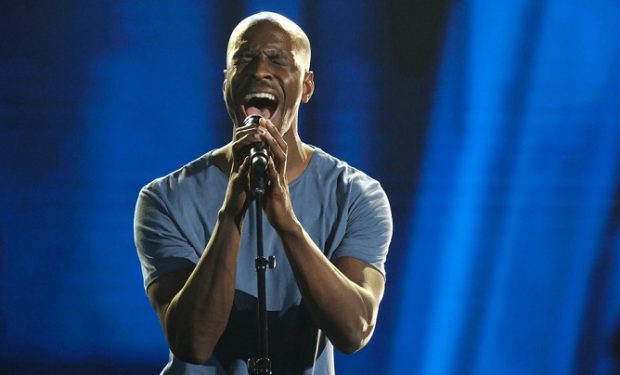 There are many talented singers competing on Season 14 of America’s Got Talent including Hawaiian born Loki Alohikea, 14-year-old rapper Sophie Pecora, and New York City subway singer who goes by one name, Damiyr. What subway singer Damiyr has that the others don’t is a reel. Damiyr Shuford is a professional actor, too.

The Brooklyn native who’s represented by the Carson Kolker Agency has appeared on several TV dramas including New Amsterdam, FBI, Power, Blindspot, The Blacklist, among others.

In the 2010 Law & Order: Criminal Intent episode “Inhumane Society.” Damiyr played a cocky professional boxer Tank Jefferson, who taunts and goes head-to-head with Danny Ford, a promising young boxer who was just released from prison, played by Michael B. Jordan. (Watch the scene in his reel below.)

Playing himself, Damiyr was fooled by Grammy Award winning country artist Darius Rucker, also known as the lead singer of Hootie and the Blowfish. Rucker travels to Austin, Texas in search of new talent and met Damiyr on the street busking. Damiyr has no idea who he was talking to. When Rucker reveals his true self, he tells Damiyr he’s going to give him $20,000 to make a record.