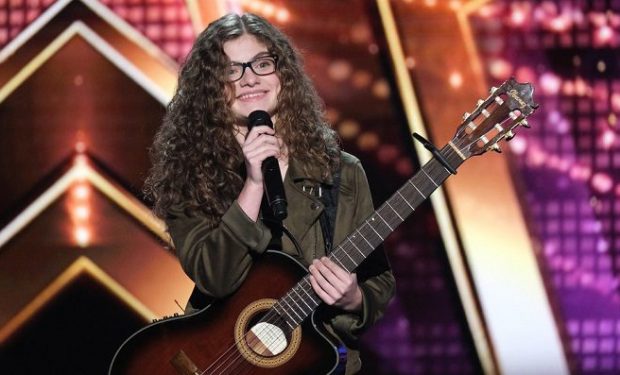 One of the youngest singers competing on Season 14 of America’s Got Talent is 14-year-old Sophie Pecora. With her long curly hair and dark plastic eyeglasses, the talented singer/songwriter strums her acoustic guitar and performs once again for AGT judges Simon Cowell, Howie Mandel, Julianne Hough and Gabrielle Union during the Judges Cuts.

Two days prior to her second AGT performance, Sophie had the opportunity to rap for YouTube star David Dobrik from The Vlog Squad. In a crowded lobby, David estimates 3000 people, Sophie raps part of the Eminem song “The Source” and then incorporates some of her own lyrics at the end. Dobrik is impressed but who wouldn’t be?!