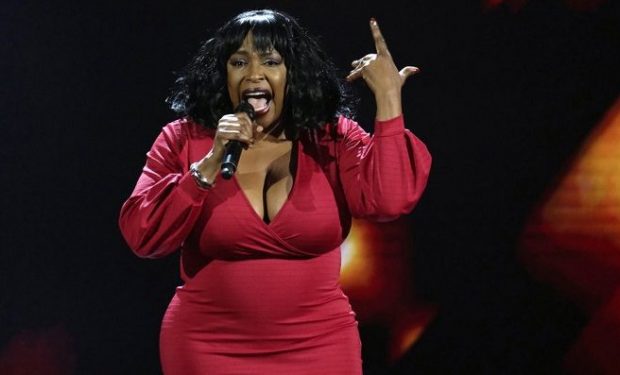 On the third round of Judge Cuts on Season 14 of America’s Got Talent, judges Simon Cowell, Julianne Hough, Gabrielle Union, Howie Mandel, and guest judge Ellie Kemper are treated to a performance by powerhouse singer Carmen Carter.

It’s not the first time Carter and Hough have met. Carter has performed on 155 episodes of Dancing with the Stars over the years! Most of Carmen’s performances on DWTS were between the years 2007 – 2013. That’s right, 2007, the year Hough won the Mirror Ball Trophy with celebrity contestant, speed skater Apolo Anton Ohno.

During the DWTS finale (season 4), Julianne and Apolo danced a Rumba as Carmen sang the Gladys Knight and the Pips classic, “Midnight Train to Georgia.”

And leading up to the finale, Julianne and Apolo did the Mambo as Carmen sang “Dr. Beat.” They were robbed of a perfect 30. Darn you, Len Goodman!