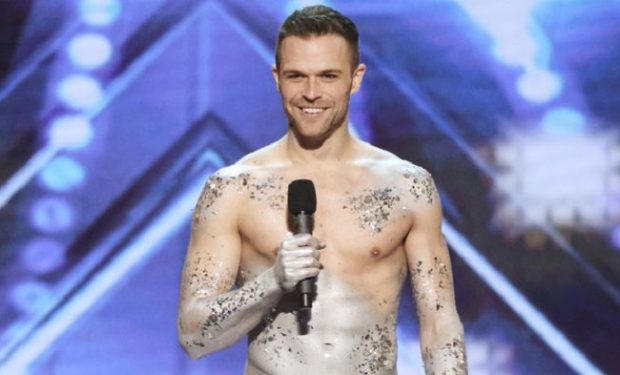 On Season 14 of America’s Got Talent, the judges are wowed by cyr wheel performer Matthew Richardson. The 33-year-old former Cirque du Soleil performer nailed a solo routine for his audition, but he often performs with a male partner.

On social media, Richardson says he is dedicating himself to creating LGBTQ-based performance art to address social issues. He hopes his art will gently open minds of people who get uncomfortable or angry when they see love between two men or two women.

Two months prior to his America’s Got Talent debut, Richardson shared a stunning 5-minute film titled HALLELUJAH – A Circus/Queer Film [Gay Love, Hate & Religion] which was shot at the altar of a large empty church and set to the Leonard Cohen song “Hallelujah.” Richardson is credited as Director of Creation | Concept + Choreography.

Richardson wrote about the film: “Religion is a tough subject for many in the LGBTQ community, and this piece is a reflection of the struggle and rejection we often feel.” He adds, “My message is that religion should inspire more kindness and open arms, even towards those you may not understand.”

Will Richardson have the opportunity to perform with a male partner on AGT? It wouldn’t be a first for NBC. On World of Dance, the talented male duo MarInspired performed and was applauded by executive producer and judge Jennifer Lopez. America’s Got Talent airs Tuesdays at 8 pm on NBC.