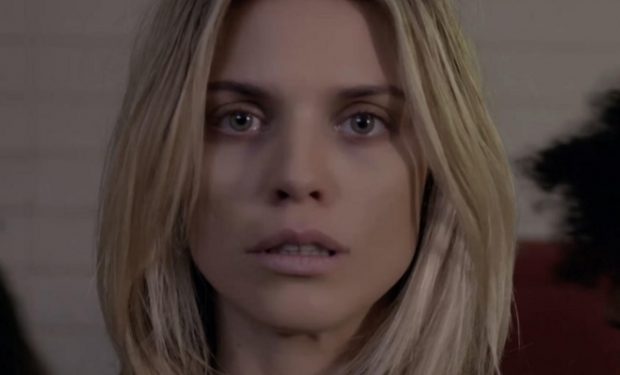 The protagonist of the Lifetime movie “Anniversary Nightmare” is a gorgeous blond named Liz. She and her husband Andrew (Philip Boyd) are celebrating their tenth anniversary with a trip to Hawaii. Sounds great, right? Well, it is, until Liz wakes up and finds her husband gone and blood on her hands. Someone broke into their room but without witnesses, the case is labelled foul play and Liz becomes the prime suspect.

[Liz wears a silk floral robe like this one]

Liz is portrayed by the gorgeous model/actress AnnaLynne McCord. She’s best known for her roles as the scheming Eden Lord on Nip/Tuck, spoiled Loren Wakefield on American Heiress, and anti-heroine Naomi Clark on 90210. McCord is also recognized for her role in the 2012 horror film Excision. Anniversary Nightmare premieres on Lifetime on Friday, June 28 at 8 pm.