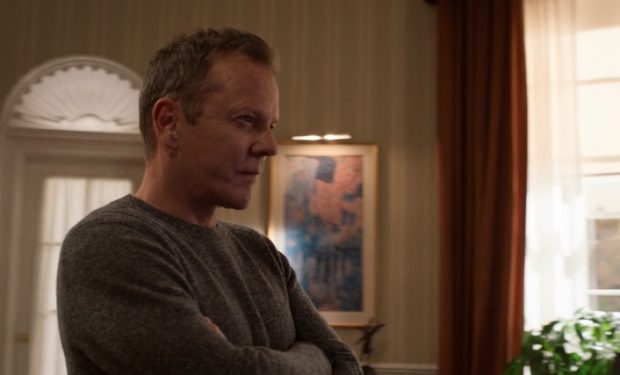 The once cancelled, now resurrected political drama Designated Survivor will head in a new direction when it premieres Season 3 on Netflix beginning June 7th. The thriller has followed President Thomas Kirkman (Keifer Sutherland) after he inherited the Commander-in-Chief job when an explosion killed everyone ahead of him in the line of succession.

Now, with some experience under his belt, President Kirkman must fight to keep the top job as his re-election campaign kicks off. In the “#whocares” episode, the President turns to Coleman Harris for help with a special project that could impact everything.

Catch me on “The Code” on CBS tomorrow, May 13th at 9pm EST. I’m on the villainous side of things!https://t.co/1fQ9gzT6BW pic.twitter.com/BAeTpSsEqr

Coleman Harris is portrayed by actor Clark Jackson. Earlier this season, Clark appeared as retired Marine Lieutenant William Albrecht, who was using his website to incite violence, on CBS’s The Code. Currently, he is in the For Your Emmy® Consideration race for his unnerving role as Lawrence Richards, the abusive and homophobic father to Damon (Ryan Jamaal Swain). His TV stints also include roles on Luke Cage, Conviction, Elementary, Madam Secretary, Bull, Show Me A Hero, The Black List, Rescue Me, The Good Wife and Law & Order.

Clark has also appeared in several Broadway shows, including opposite John Lithgow, Katie Holmes, Patrick Wilson and Dianne Wiest in All My Sons; and Terrence Howard, Anika Noni Rose, James Earl Jones and Phylicia Rashad in Cat On a Hot Tin Roof. Originally from Atlanta, Georgia, Clark earned an MFA in Acting at the esteemed Yale School of Drama. Interesting tidbit: Clark teaches classes of various creative forms to students of all levels and skill sets throughout New York City.