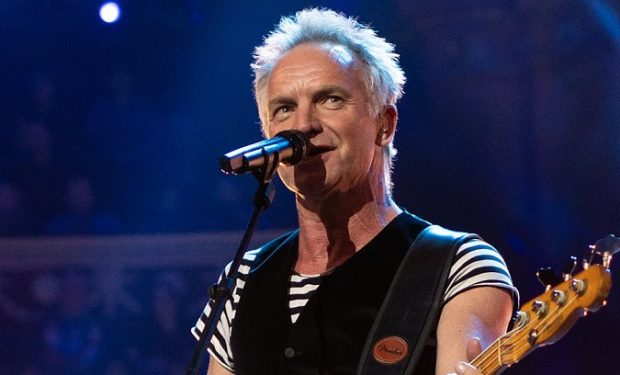 Before Sting took off for his My Songs tour, the multiple Grammy Award-winning rock musician spent time with his wife of 26 years, Trudie Styler. She reports that they “took a day to ourselves in the garden” and tasted their wine and commented that the Roxanne Red is delicious. Sting and Trudie have a vineyard and home in Tuscany, Italy — Il Palagio. In addition to their Il Palagio wine, the company also makes olive oil and honey.

In the photo, Sting sits before a meadow of lilac irises that reminds art lovers of Claude Monet. The impressionist artist painted irises throughout his career.

As he’s about to embark on his #MySongs tour, we took a day to ourselves in the garden and tasted our wine – delicious 😋 …and so is the Roxanne Red 💋😜❤️😍❌❌❌❌❌🥰

My Songs is Sting’s 14th solo studio album — it was released on May 24. The album features new renditions of previously released material, the first one being 2010’s Symphonicities.

The Roxanne red is considered their “sexiest” wine…