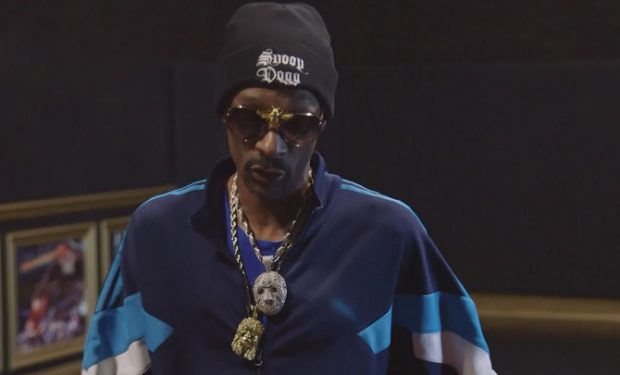 Snoop Dogg on Growing Up Hip Hop ATL (WE)

On the Season 3 premiere of Growing Up Hip Hop Atlanta, “Bow After Lockup,” word spreads about Bow Wow’s arrest. In February, his former girlfriend Leslie Holden aka Kiyomi called 911 and accused him of physical assault. (Both parties were arrested and charged with battery.) After being released, Bow, who says, “I didn’t do s—t,” gets a lot of advice from a lot of different people. His mentor, rapper Snoop Dogg, while wearing a pair of killer Gucci bee sunglasses tells Bow, “You gotta’ learn how to control you.”

Meanwhile, R&B singer R. Kelly faces a child support battle against his ex-wife Andrea “Drea” Lee. Drea was a backup dancer for Kelly when they married in 1996. They had three kids together. Drea, who divorced Kelly in 2009, says her ex “cracked me but I ain’t broken.” She and her (and Kelly’s) three children — Buku, Kyd, and Jaah — have moved back to Atlanta. Growing Up Hip Hop Atlanta airs Thursdays at 9 pm on WE. [related: R. Kelly’s Daughter Buku, 20, Sings In Sexy Satin Robe at House Party]