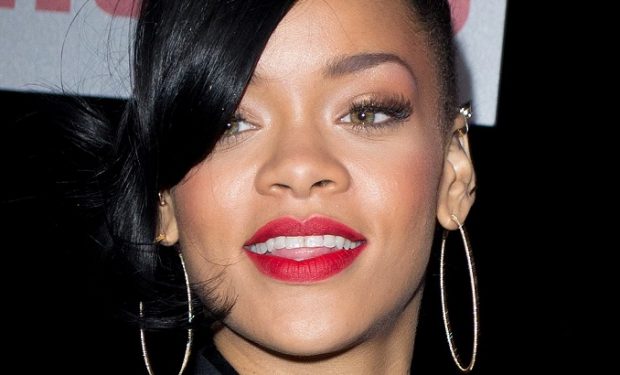 Nine-time Grammy Award-winning singer Rihanna launched her fashion label FENTY with French luxury fashion group LVMH in May. The Fashion Icon Award winner is designing everything including clothing, lingerie, shoes and accessories. But that doesn’t mean Rihanna only wears her own line. To accompany the summer cover story of Interview, Rihanna posed wearing nothing but a long leather scarf. (And a pair of sheer tights.) The caption: “When it’s laundry day, but you found a leather scarf.”

when it’s laundry day, but you found a leather scarf. @interviewmag

The scarf is by Salvatore Ferragamo. Earrings by Dior Fine Jewelry. Tights by Falke.

Her friend and Ocean’s 8 co-star Sarah Paulson interviews Rihanna by phone for the Interview issue. When Paulson asked when Rihanna will drop a new album, she replied: “…I’m working on a really fun one right now. I’m really happy with a lot of the material we have so far, but I am not going to put it out until it’s complete. It makes no sense to rush it, but I want it out.” P.S. Rihanna also tells Paulson that she wants to become a mother “more than anything in life.”