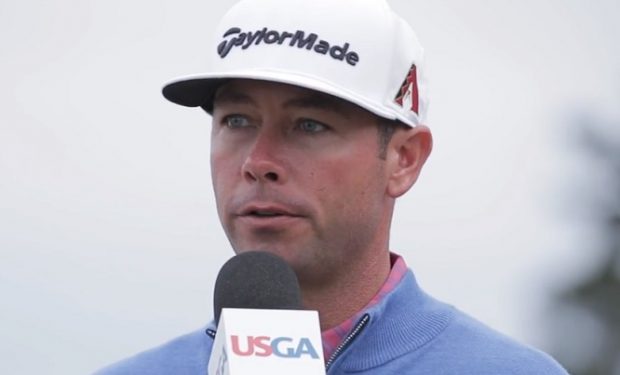 On the final day of the US Open at Pebble Beach, American golfer Chez Reavie is tied for third on the leaderboard. The 37-year-old from Kansas earned his PGA Tour card in 2007 after playing college golf at Arizona State University. Reavie won his first PGA Tour title at the 2008 RBC Canadian Open, and a cool $900,000.

In May 2019, Reavie stood proudly in front of his new Ford Raptor truck provided by Pro Motor Sports. The 2019 Ford F-150 Raptor pickup trick is listed for $52,855. Check out those monster Goodrich tires. Note: The purse for the U.S. Open is $12.5 million — that’s approximately 236 Ford Raptor trucks.

Chez Reavie talking about his third round 68 at Pebble Beach…