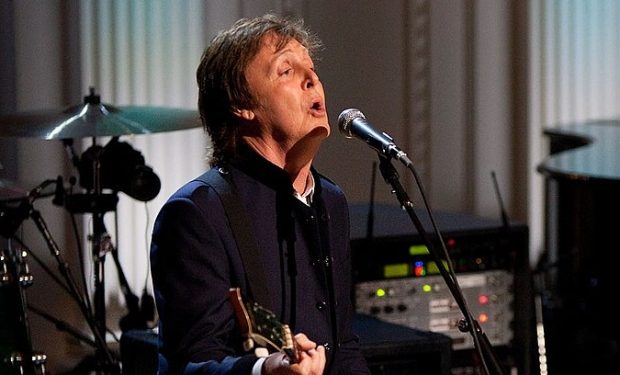 When not in the studio or on stage, Sir Paul McCartney is promoting vegetarianism. Earlier this week the legendary former Beatle released a video of himself strumming a guitar in a pair of flannel pajama pants. In a celebratory mood, he announces the 10 year anniversary of the MeatFreeMonday campaign. McCartney, who’s been a vegetarian since 1975, says/sings in the video below: “The planet loves it, everybody loves it, the animals love it.”

It’s a simple idea that people have caught onto. They love it, we love it, the planet loves it, everybody loves it, the animals love it. It’s #MeatFreeMonday! Happy 10 years! 🎉💚 #MFMCountMeIn #PaulMcCartney

Coldplay lead singer Chris Martin also chipped in to celebrate MeatFreeMonday. He doesn’t strum a guitar or sit at the piano but he does wear a black beanie hat. And young rock star Billie Eilish, who has been a vegetarian for five years, is spreading the word, too.