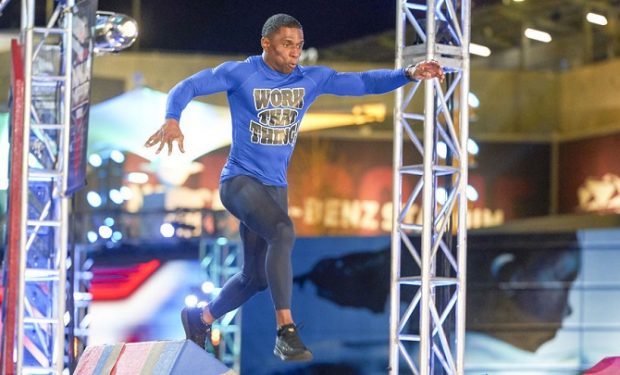 On Season 11 of American Ninja Warrior, all eyes are on the competition at the Atlanta City Qualifying Round — including big time competitor former NFL football player Tyrone Poole. The 47-year-old retired Super Bowl champion will face up to six challenging obstacles including Off the Hook and Ferris Wheel. Based on the six-pack abs he’s been flashing on social media, Poole is ready to “Work That Thing!” as he likes to say.

If you want sick abs like Poole, he is offering personal training sessions at his house. “No crowd. Just me and you,” he says of his 3-days a week program, which is affordable ($35 per sessions for 12 session package).

After playing college football at Fort Valley State University in Georgia, Poole was selected by the Carolina Panthers in the 1995 NFL Draft. He played 13 seasons as a cornerback in the NFL and earned two Super Bowl rings with the New England Patriots (2003, 2004). American Ninja Warrior airs Wednesdays at 8 pm on NBC.