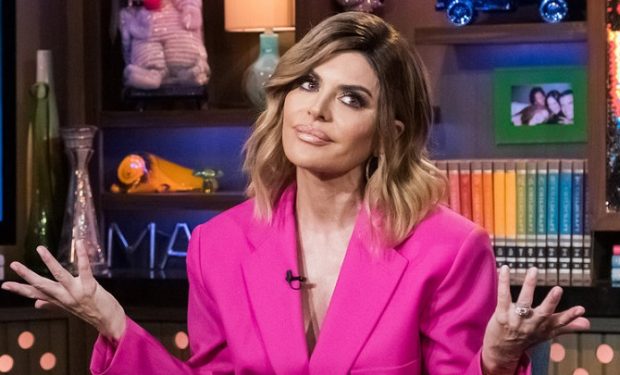 On The Real Housewives of Beverly Hills episode “Un Petit Hangover,” after a drunken tirade in France, Lisa Rinna encourages Kyle Richards and Teddi Mellencamp Arroyave to do kiss and makeup with Erika Girardi before they leave France. It might sound easy enough to do, but it isn’t.

Film of the best people

When not playing mediator, Lisa Rinna spends time with her gorgeous family including actor Harry Hamlin and her two professional model daughters Delilah Belle and Amelia Gray. Delilah and Amelia often share photos of themselves in string bikinis on vacation but the one above is turning heads as Amelia is straddling fellow model Ella Angel.

Delilah Hamlin hangs with Ella too…