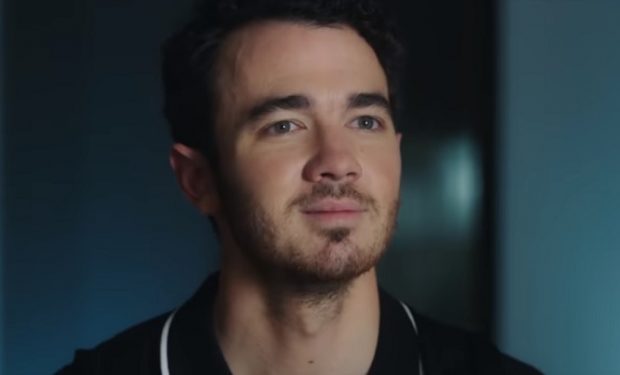 Happy Father’s Day to singer Kevin Jonas, the eldest of the Jonas Brothers, who shared an adorable video of him playing acoustic guitar at home. While sitting on the bottom of stairs, he strums an acoustic guitar which makes his younger daughter, 2-year-old Valentina Angelina Jonas, dance and clap and put her hands up in the air like she just don’t care. Her facial expression is everything. No wonder why the Jonas Brothers new album is called Happiness Begins.

Love this so much ❤️

[“Sucker” is on Happiness Begins]

Check out the documentary Chasing Happiness on Amazon, where the brothers talk about their rise to fame, their emotional break-up, and the decision to reunite. Kevin says, “It wasn’t about money, it wasn’t about fame, it was ‘Hey brothers, want to do something awesome again together?'”