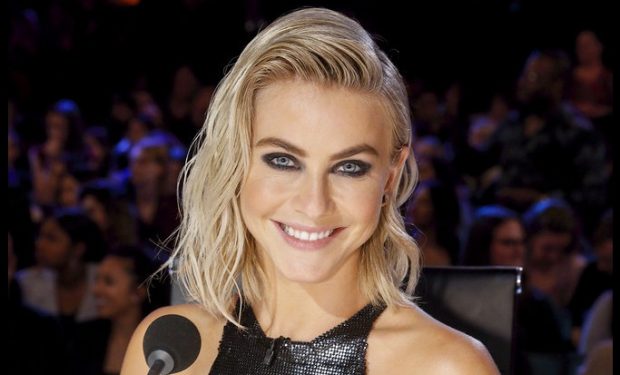 Superstar dancer and talent judge Julianne Hough has got talent. So she’s an easy phone call for America’s Got Talent producer Simon Cowell to make when he needs a new judge for the best reality show currently on air. Hough, a Dancing With The Stars veteran — she was both a pro dancer and a judge on the show — brings intelligence and energy wherever she alights.

Hough also brings a pair of legs that are second to none — even Ginger Rogers might look twice and think she better start putting in some extra work after a look at Julianne’s gams, as they said back in Ginger’s day. Check out Hough in the video below rewarding Cowell for her new AGT job by giving him the up-close-and-personal leg treatment. It’s like Cowell has hired his own personal Rockette for the season!

I have a leg up on Mr. Cowell! #BuzzerBadass

Julianne Hough will appear next in the TV series Dolly Parton’s Heartstrings. America’s Got Talent airs Tuesdays at 8 pm on NBC.