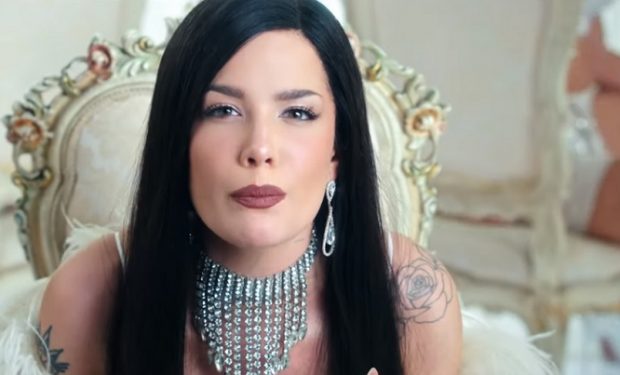 On The Voice Season 16 Live Finale, a number of superstar singers performed including Taylor Swift, BTS, Jonas Brothers, Khalid, OneRepublic, and Halsey. The 24-year-old Halsey gave a memorable, back-bending performance of her new single “Nightmare” (video below). She says the biggest influence on her live performances is Taking Back Sunday’s frontman Adam Lazzara.

Now fans are wondering who’s her biggest influence when it comes to drawing. Halsey posted a photo of a line drawing she did of a cute hairless monster with a dominant belly button. While she wrote “felt cute” she also warned her fans “might delete later.”

The post/drawing has received more than 560,000 likes on Instagram, so hopefully Halsey won’t delete and will continue to draw and share her cute creations.

The official Halsey video for Nightmare…