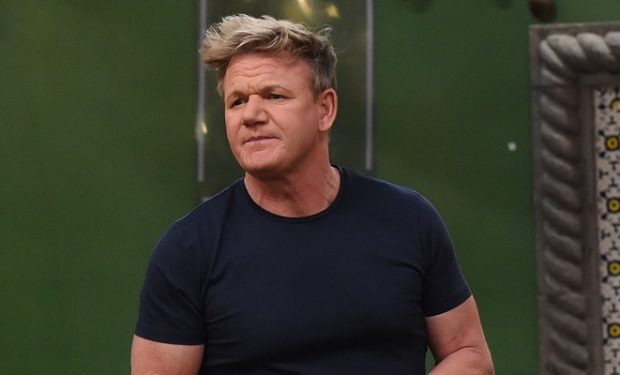 Celebrity chef Gordon Ramsay is back for Season 10 of his hit TV cooking competition MasterChef. On the second episode (June 5), eight aprons remain in the audition rounds. The pressure is on as the home cooks rush to create their signature dish for the judges in just under 45 minutes. A select few will have to concoct a dish so impressive that it wins over all three judges including Ramsay.

When not on the set or in a kitchen, Ramsay spends his time with his wife Tana and family. The Ramsays just had their fifth baby (a boy, Oscar) in April. Weeks after, their eldest, daughter Megan Ramsay, turned 21. The beautiful brunette celebrated with friends while wearing a sexy black and blue striped sequin mini dress by RIXO. RIXO is the design duo of best friends Henrietta Rix and Orlagh McCloskey who design clothing that “recall swinging ’60s London.” All RIXO clothing is made in London. MasterChef airs Wednesdays at 8 pm on FOX.

Megan with her baby brother Oscar…

It’s been a good Friday 🐣