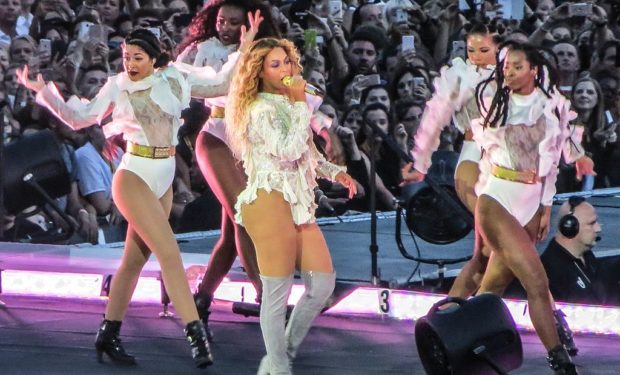 Beyonce is the undisputed Queen of the Pop Scene, but that doesn’t mean she isn’t also the King of the Jungle. At least that’s what comes to mind when you take a second and third look at the killer bodysuit-plus-cape she’s wearing — or that’s wearing her — in Queen Bey‘s latest series of pic posts on Instagram.

On first glance a viewer notices not the lion’s head emanating (that’s the word!) from her chest, but the famously captivating Beyonce hourglass form — and the style, the grace, and the implicit challenge in her regal stance. The costume performs an optical illusion, where you see different things depending on where and how long you look. The detail is incredible. Oh yeah — and if you haven’t heard, Beyonce is playing Nala in the new Lion King movie.

Only after prolonged exposure to the photos does the viewer start to say damn, there’s a serious realistic lion’s head — complete with mane — growing out of Beyonce’s bodysuit. It’s freaky looking, but also so regal. She is Nala! And the Queen. And the King. Beyonce does it again.