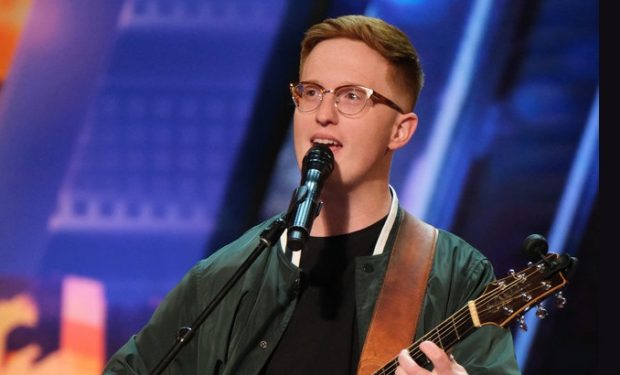 On the fifth night of auditions for Season 14 of America’s Got Talent, judges Simon Cowell, Gabrielle Union, Julianne Hough and Howie Mandel meet funk/soul singer Lamont Landers. This isn’t his first time on stage although he usually performs with his band, Lamont Landers Band. The band is a Showtime at the Apollo winner.

Check out Showtime at the Apollo host Steve Harvey introduce the band onto the big stage in Harlem. The band performs a medley of Stevie Wonder‘s “I Wish” and James Brown‘s “Sex Machine.” Landers is on electric guitar. They get a standing ovation from the audience. America’s Got Talent airs Tuesdays at 8 pm on NBC.

Landers has been singing since he was a kid. Check him out in 2012 singing Ray Charles‘s “Hit the Road Jack” on acoustic guitar.