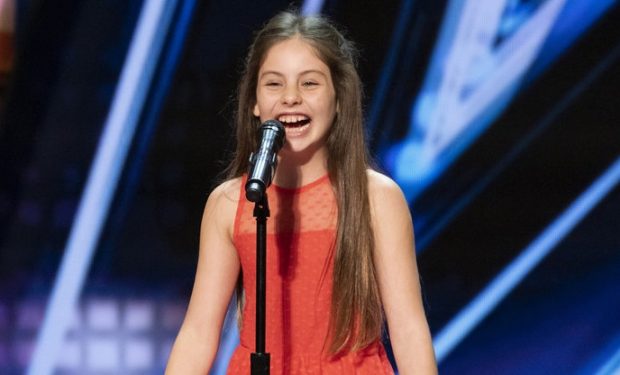 On the fifth night of auditions for Season 14 of America’s Got Talent, judges Simon Cowell, Gabrielle Union, Julianne Hough and Howie Mandel meet Emanne Beasha. The 11-year-old singer from Jordan who won Season 5 of Arabs Got Talent gets judge Union on her feet. Note: The Golden Buzzer is still in play!

It’s not Emanne’s first time on American TV — she also performed on Little Big Shots with Steve Harvey. The petite powerhouse singer has also sung on stage in Vegas with Grammy winner Jewel, among others.

Emanne is definitely not shy about performing in front of big and small crowds. While eating at a restaurant, the other patrons asked her to sing, and so she did. She choose the song “Mercedes Benz” by Janis Joplin (see video above). Not only does she nail it but she gets the audience to join in singing too. America’s Got Talent airs Tuesdays at 8 pm on NBC.