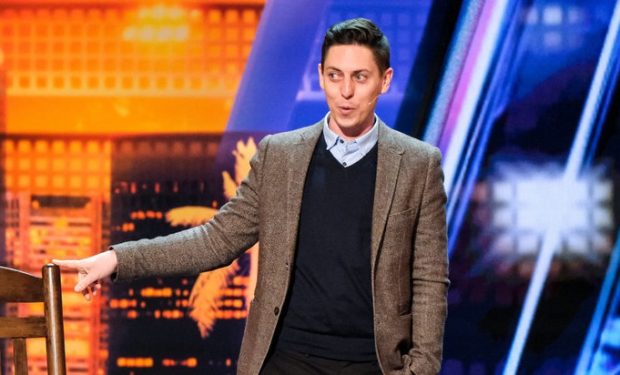 On the second night of audition on Season 14 of America’s Got Talent, magician Nick Wallace takes the stage in front of judges Simon Cowell, Howie Mandel and rookies Julianne Hough and Gabrielle Union. Nick uses a rocking chair and a creepy doll as props for his audition, and he gets Gabrielle Union to volunteer.

Nick is known for his strange and unusual stage presence which Next Stage describes as a hybrid of “Hitchcock and the Twilight Zone.” Nick describes himself as “Pure evil wrapped in Mr. Roger’s sweater.” 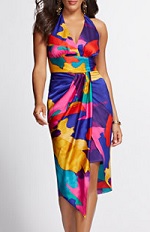 In September 2018, Nick performed a spot in Penn & Teller’s Vegas show after he successfully fooled the duo with a cookie magic trick on their TV competition, Penn & Teller: Fool Us. Nick used Fool Us host Alyson Hannigan (How I Met Your Mother) for his act which involved blindfolding Hannigan (and himself) as they eat cookies that look like Oreos.

With a much thinner Penn & Teller…

“Ok Nick. You got this. Just look natural. Should I put my hands on their waist? No, that’s weird. Just hold you arms straight down. Straighter. STRAIGHT! Aaaand look natural… Nailed it.” I performed a spot in Penn & Tellers Vegas show Monday night. These guys have been together for 40+ years and are still at the top of their game. Still working out new material nightly. Super gracious. They make me want to work harder. A heartfelt thank you @pennandtellerlive for your time and generosity.