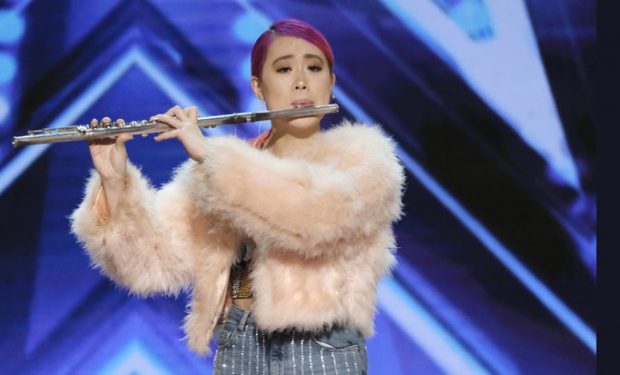 On the fourth round of auditions for America’s Got Talent Season 14, Japanese musician RiRia will perform in front of judges Simon Cowell, Julianne Hough, Gabrielle Union and Howie Mandell. She’s a classical flutist with a cool punk look: pink hair, furry peach coat and jeans with glittery pinstripes.

RiRia isn’t just a classical flutist but a professional dancer too. The Japanese-born artist who moved by herself to Los Angeles at the age of 17 — and taught herself English — got her big break as a dancer in Britney Spears and Iggy Azalea’s 2015 music video “Pretty Girls” (see below).