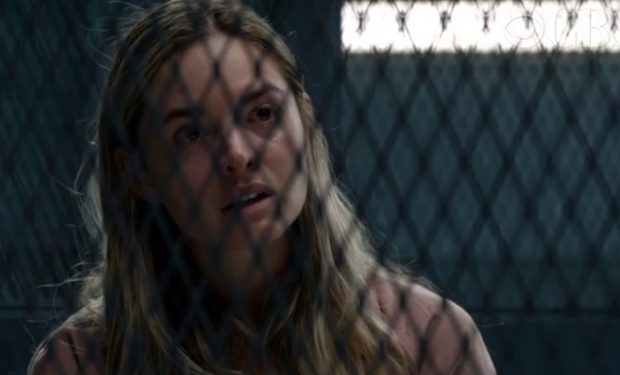 The Season 3 finale of Bull, “Pillar of Salt,” is a story ripped from the headlines (see link below). While Benny (Freddy Rodriguez) announces some surprising news regarding his sister (Bull’s ex-wife) Isabella (Yara Martinez), Bull (Michael Weatherly) tries to convince a jury that his client, Angela Newton, did not murder her 3-year-old stepdaughter Lizzy. The Medical Examiner says the little girl died of a lethal overdose of salt. The District Attorney’s office doesn’t think it was a “tragic accident” as the defendant and her husband, Lindsey’s father, claim.

On Bull, Angela Newton is portrayed by actress Annie Heise. She’s known for her roles on The Blacklist (Janet Sutherland, and Elise), the 2016 TV mini-series Madoff (Bernie Madoff’s daughter-in-law Stephanie Mikesell), and on the daytime soap opera As the World Turns (Ella Vanderberg), among others. Bull airs Mondays at 10 pm on CBS, right after The Code. [NOTE: Stream any CBS show through Amazon Prime or CBS ALL-ACCESS with free trials.]