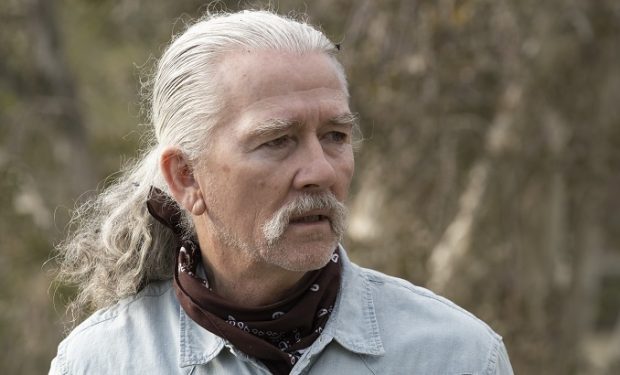 In the Station 19 episode “Into the Wildfire,” the members of Station 19 pack their gear and head to Los Angeles, California, to help battle a deadly wildfire raging out of control. While the team works to evacuate residents, they meet Terry and his wife (Randee Heller, The Karate Kid). Ben (Jason George) makes a split-second decision that changes both of their lives.

Terry is portrayed by Patrick Duffy. The 70-year-old actor is best known for his roles on Dallas (Bobby Ewing), Step By Step (Frank Lambert), The Bold and The Beautiful (Stephen Logan), and Man from Atlantis (Mark Harris), among others.

With his new look — the long white hair pulled back in a ponytail and sometimes matching mustache, Duffy has appeared on The Cool Kids (as Gene, the new hot guy at the retirement center) and American Housewife (as Katie’s father Marty). Station 19 airs Thursdays at 9 pm on ABC, right after Grey’s Anatomy.