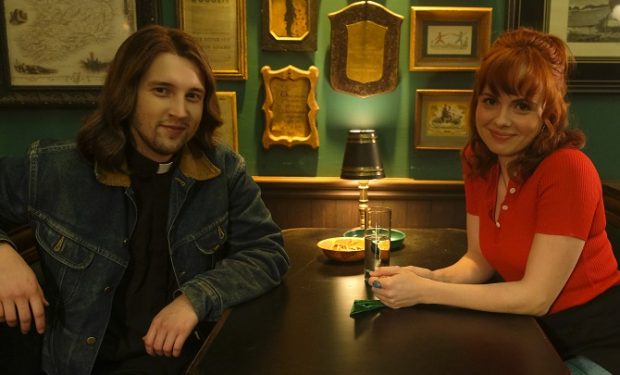 In the season finale of The Kids Are Alright, “Irish Goodbye,” matriarch Peggy Cleary (Mary McCormack) struggles with Lawrence’s (Sam Straley) decision to move out of the house, especially after she discovers that he is secretly moving in with a girlfriend she’s never met. Lawrence’s determination to keep Peggy out of his personal life only causes her to investigate further. Lawrence’s bartender girlfriend Fiona is portrayed by actress Galadriel Stineman.

Stineman is best known for her roles on The Middle (Cassidy Finch, Axl’s tutor-turned-girlfriend), and Law & Order True Crime: The Menendez Murders (Annie), among others. Fun fact: Stineman, a graduate of the Upright Citizens Brigade improv program, made her TV debut as a dancer in the 2009 film Fame. The Kids Are Alright airs Tuesdays at 8:30 pm on ABC, right after American Housewife and right before black-ish.

#TBT to proof that you can still go to prom even if you’re old enough to be the teacher. Best prom crew ever. ❤️ Also, only time Cassidy doesn’t wear glasses, I think! . . . . . . #themiddle #cassidyfinch #prom #bts #wearsunscreen