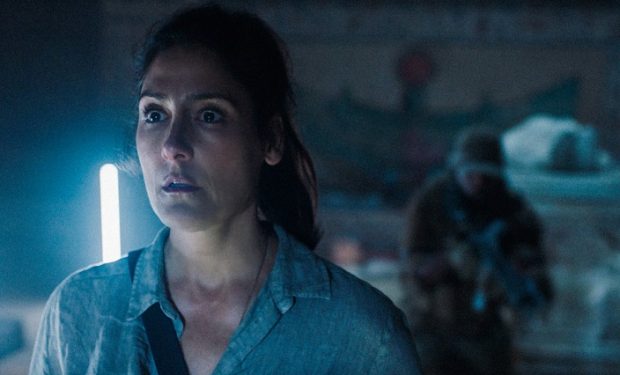 In the new CBS international crime drama Blood & Treasure, Danny McNamara (Matt Barr) an antiquities expert and art thief Lexi Vaziri (Sofia Pernas) team up to catch a ruthless terrorist who funds his attacks through stolen treasure. In the two back-to-back series premiere episodes “The Curse of Cleopatra – Parts I and II” on Tuesday, May 21, viewers learn that Lexi blames Danny for the death of her father Reza (Mohammed Marouazi), and the terrorist Karim Farouk (Oded Fehr) has kidnapped Danny’s mentor, Dr. Anna Castillo. She was in Egypt at the time, at the Giza Pyramids. She found the tombs of Antony and Cleopatra, right before she was taken.