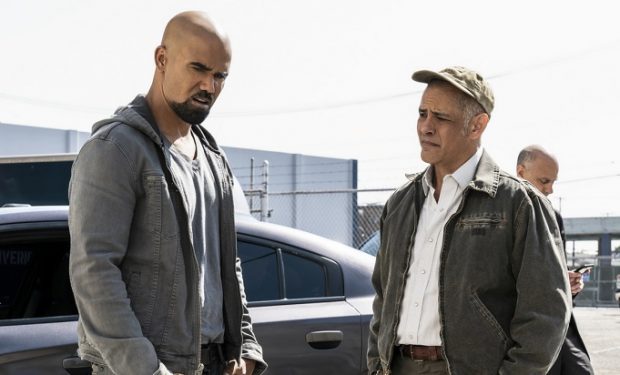 In the S.W.A.T. episode “Trigger Creep,” while Jessica (Stephanie Sigman) is presented with an unexpected opportunity, Hondo (Shemar Moore) and the SWAT team race to track down a lone gunman who shoots young Darryl (Deshae Frost). Hondo wants desperately to find the shooter before Darryl’s father Leroy (Michael Beach) sends his goons to kill him. During the investigation, Hondo is led to a parking lot where he meets a man named Jorge.

Jorge is portrayed by Mark Espinoza. He’s known for his roles on Major Crimes (Father Stan), The Bold and the Beautiful (Dr. Wolin), The Young and the Restless (Agent Roberto Aguilar), and for his break-out role as Andrea’s husband Jesse Vasquez on Aaron Spelling’s teen soap opera Beverly Hills, 90210, among others. S.W.A.T. airs Thursdays at 10 pm on CBS, right after Life in Pieces.