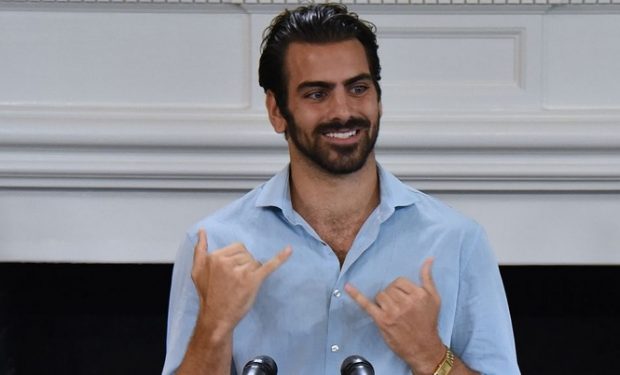 In the Station 19 season finale episode “Into the Wildfire,” the members of Station 19 pack their gear and head to Los Angeles, California to help battle a deadly wildfire raging out of control. While the team works to evacuate residents, they meet Terry (Patrick Duffy, Dallas, Step by Step) and his wife (Randee Heller, The Karate Kid). Ben (Jason George) makes a split-second decision that changes both of their lives.

Dylan is portrayed by Nyle DiMarco. The 6’2” model/actor was the fan favorite on cycle 22 of America’s Next Top Model and was the first deaf contestant on the show. In 2016, he won Season 22 of Dancing with the Stars with pro dance partner Peta Murgatroyd. DiMarco made his acting debut in a 2014 episode of Switched at Birth as Garrett Banducci.

on set and about to create MAGIC! coming soon 😈

In 2018, DiMarco went behind the stage to help produce the 2018 Broadway revival of Children of a Lesser God. It was recently announced that he will star in the upcoming indie film Flash Before the Bang based on a true story about a  coach and group of Deaf boys who won the Oregon State Track and Field Championship. Station 19 airs Thursdays at 9 pm on ABC, right after Grey’s Anatomy.

when you’re bored at a hotel in rochester 😂😂

Nyle and Peta winning tango on Dancing with the Stars…