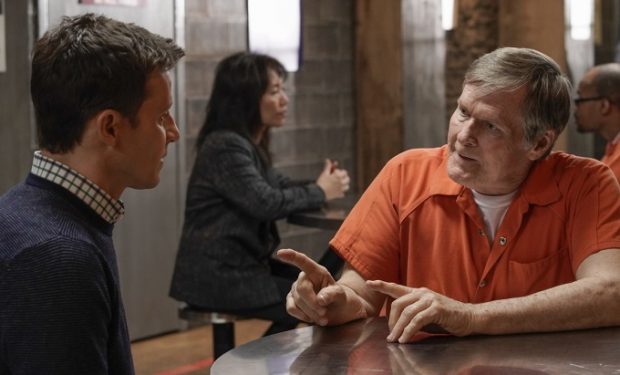 In the Blue Bloods episode “Identity”, DNA evidence in a murder case leads NYPD Detectives Danny Reagan (Donnie Wahlberg) and Baez (Marisa Ramirez) to identical twins, Steve Rhodes (Russell Dennis Lewis) and Seth Rhodes (Matthew Dennis Lewis), with identical alibis. Meanwhile, Jamie visits Eddie’s father, Armin Janko, in prison. Jamie wants to get his future father-in-law (or as his brother Danny calls him “that Bernie Madoff wannabe”) out of prison so he can come to the wedding.