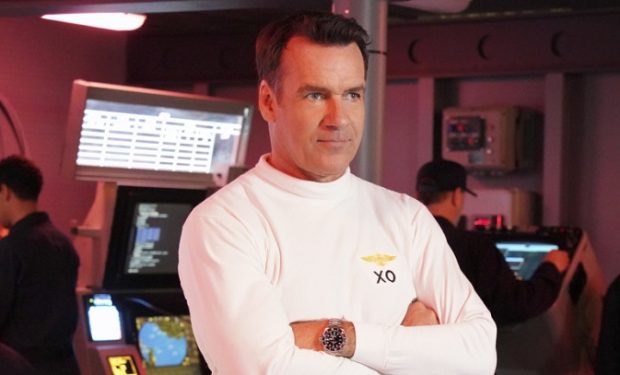 In the NCIS: Los Angeles episode “The Guardian,” NCIS Special Agents Callen (Chris O’Donnell) and Sam Hanna (LL Cool J) travel to the USS Allegiance in the Persian Gulf. There they work with Navy Captain Harmon “Harm” Rabb, Jr. to track down ISIS sympathizers who are targeting military locations. Rabb is portrayed by David James Elliott, who is reprising his role as Rabb from his days on the hit show JAG.

58’s just a number- happy birthday to me:)) training for #ToughMudder