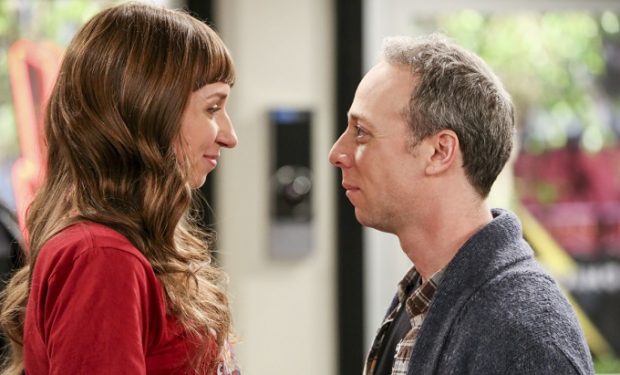 In The Big Bang Theory episode “The Maternal Conclusion,” Leonard (Johnny Galecki) is pleasantly surprised when his mother Beverly (Christine Baranski) comes to visit and she’s genuinely kind to him. She even opts to spend time with Leonard instead of Sheldon (Jim Parsons).

Unfortunately, there is another reason for her visit. (Note the cleverly labelled wine bottle, Decoy.) Meanwhile, Denise (Lauren Lapkus) and Stuart (Kevin Sussman) overstay their welcome at the Wolowitz house. Stuart says they spend so much time there because Denise’s roommate Mitch is creepy.

Creepy Mitch is portrayed by actor Todd Giebenhain. He’s known for his TV roles on Raising Hope (Frank) and Malcolm in the Middle (Richie), and as Three-Eyed Todd in the 2Chainz music videos “Two Dollar Bill” and “Expensify This” (see below), among others. The Big Bang Theory airs Thursdays at 8 pm on CBS, right before its spin-off show Young Sheldon.