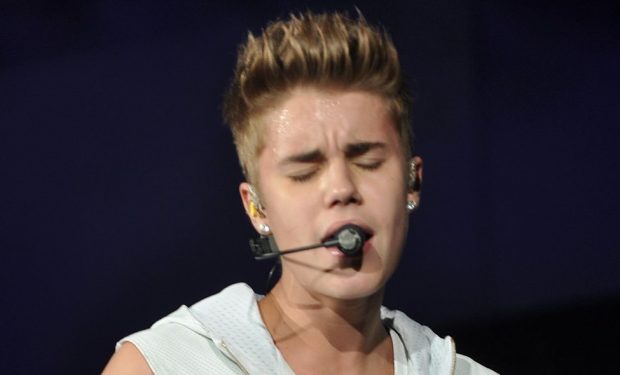 It’s easy for people to forget just how young pop star and fashion trendmaker Justin Bieber really is. Bieber became famous so early — and the internet and social media have made the news cycle speed up so fast — that Bieber seems like he must be older than his 25 years. Beiber is, of course, more mature now than when he first burst onto the scene, especially musically.

And as an entrepreneur Bieber is capitalizing on every aspect of his fame in expanding his business empire. All this while in the real — or better, the regular — world, many 25-year-olds are living with their parents working in the gig economy. While they are trying to find a future, Bieber is unusual in that he already has a giant past. Yet despite his achievements, Beiber still struggles with who he is and what it all means, as conscientious people of any age do. A recent post saw him admit to how vulnerable he is in his relationship with God — and that’s a good thing, he wants that, not to be “afraid” of that.

Don’t stop fighting the battle has already won.. fight for what you love and who you love don’t let fear and anxiety win..god has not given us a spirit of fear but of power love and of a sound mind! I havent believed the truth about myself I haven’t believed I am loved I haven’t believed I am forgiven it’s a hard thing for me to wrap my head around. I hang my head in shame and I wallow in sadnes about the the people who have betrayed me. Jesus has given me freedom and the persuit of getting to know his character is never ending. Gods character never changes he is the same yesterday now and forever. He is always good!. I won’t be afraid to be vulnerable before him.. his power is made strong in our weakness. God isn’t afraid of your pain and your brokenness he actually welcomes it. Come to me all who are weary and burdened and I will give you rest! these are words from Jesus! There is hope and it’s in him.!! He loves and cares for you! For god so loved the world that he gave his only son so that whoever believes him wont die but have eternal life! You are that whoever and he accepts you as you are!! He loves and forgives you and welcomes you into his arms every time you mess He is a perfect and loving god who adores you!

Bieber, who is currently setting records aflame on Spotify, has been in the culture so long that a New Yorker article about his stylist can begin:

“For a long time, when I thought of the pop star Justin Bieber, if I thought of him at all, the person who came to mind was a teen-age boy, with side-swept bangs and oxford shirts and hoodies, seemingly incubated in a middle-class suburban mall.”

You know you’ve been around when the writers are talking about how long they’ve had the opportunity to think about you, and how much their thinking has had time to change. But perhaps the most salient signal that Bieber is still barely into adulthood is the birth last August of his little sister. That’s right, not his daughter but his father’s daughter, Bay Bieber. Not surprisingly, she became a social media star even earlier than her big brother. Justin hit it big first on YouTube. Bay looks like in Instagram Baby if ever there was one. Justin