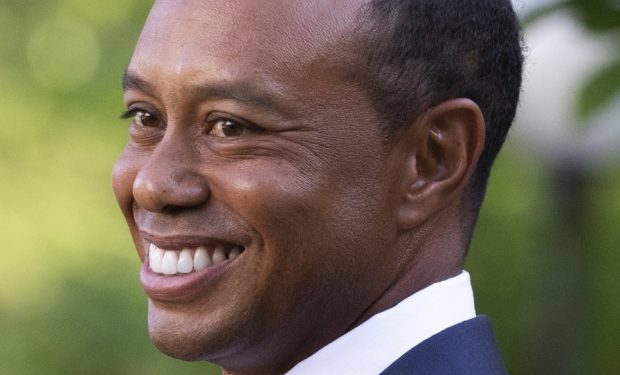 In the sports and entertainment business it’s called extending the brand — you do one thing well, you parlay your success and fame into other related businesses, especially media. Katy Perry is not just a singer; she has her own record label. Steph Curry and LeBron James have extremely active entertainment companies — and both those NBA MVPs also star in their own shows. Ditto NFL legend Peyton Manning. Yup, Kobe Bryant is a conspicuous presence on screens large and small too, with his ESPN show Detail. But the man who is perhaps the most globally famous of all these athletes — Tiger Woods — says he isn’t interested in all that. In fact he shuts it down fast and often with a “No, no, no, no” response.

Safe to say Tiger will never have his own show like Peyton, LeBron and Kobe pic.twitter.com/RrvYCCjJHH

So all of you hoping for a Tiger Woods Show, it’s not coming. Not from this Tiger, not now anyway.

“I like playing,” he says, and that has been working out very well thank you for the 2019 Masters champ. After all, he’s got Jack Nicklaus‘s major championship record to chase down, and Woods has also learned more than a few lessons about privacy during his two-plus decades in the spotlight. As privacy goes, Woods would generally like more of it than less — and having a TV show isn’t the best way to keep things on the down low.

Woods does have a duty, he feels, to help grow the game of golf. (Amazing he still feels it, since no player in history has helped to grow it more.) But though he acknowledges a show might be a very good way to do that, it’s still not for him. This is bad news for Woods’s fellow PGA Tour competitors. They’d be very happy if, instead of beating balls on the range, Woods was busy interviewing some celebrity with a new movie out or inventing a new obstacle course race reality show.

But no. Tiger Woods will be playing golf. He just got his game back. Get out of his way. And besides, he certainly doesn’t need the money. And he’s already kind of got a show, produced by Nike.