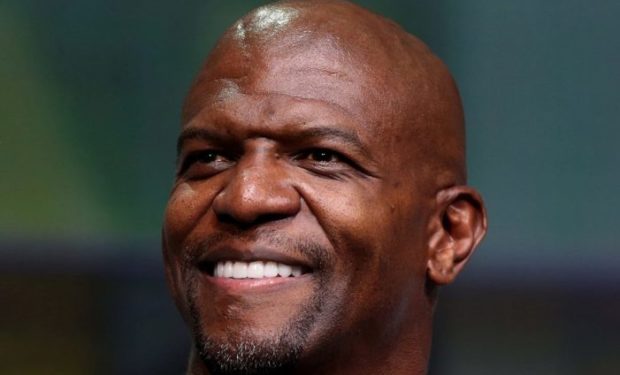 When NFL football player-turned-entertainer Terry Crews isn’t filming the hilarious cop comedy Brooklyn Nine-Nine or America’s Got Talent: The Champions, he’s spending quality time with his family. The 50-year-old has been married to Rebecca King since 1990. (They have five kids together and a grandchild!) Crews recently made his beautiful wife of 29 years a heaping bowl of banana pudding, “her favorite dessert,” Crews wrote. Crews loves dessert!

[Terry Crews’ Manhood is about how to be a better man]

With a photo of the banana pudding – covered with artistically placed Nilla Wafers — Crews added that he had to “get the suit to match because I’M ALSO HER FAVORITE DESSERT!” See photos below. Crews is seen wearing a tailored vanilla wafer-colored suit over a yellow silk shirt on the set of America’s Got Talent, which is coming back the day after Memorial Day, Tuesday, May 28th. Brooklyn Nine-Nine airs Thursdays at 9 pm on NBC.